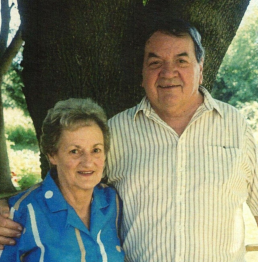 With grieving hearts, we announce the passing of William “Bill” followed a week later by his loving wife Joan Lorraine (nee Stover). Leaving behind their three loving sons, Gordon “Gord” and his wife Elana, Robert “Bob” and his wife Sue, William Jr. “Billy” and many grandchildren and great grandchildren. They will be fondly remembered by numerous other family members and great friends. Survived by Glen Gibbs (brother to William), Ruth (nee Stover) cousin of Lorraine of Nova Scotia.

Life has to end. Love doesn’t.

Cremation has taken place and a private family service
will be held at a later date.

If desired, donations to the Heart and Stroke Foundation would be appreciated by the family.