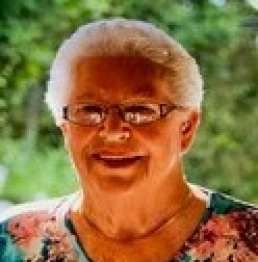 Willa Grace Hewitt (Laing), passed away peacefully at the Riverside Glen on September 18, 2022, in her 96th year. Willa is survived by her daughter-in-law Susan, her grandchildren, Dale Hewitt (Stacey), Julie Cutler (Brad), and her great-grandchildren, Curtis, Cole, Mila, and Eli. Willa was preceded by her son Doug Hewitt (2008), daughter Debbie Hewitt (2010), her sister Lila, and Brothers, Fred, Len, and Bill.

Willa was born on April 7, 1927, in Eden Mills, and fondly shared her memories of growing up on the farm. Willa retired from imperial tobacco where she worked for many years. Willa was a sports enthusiast. She was the longest-living member of the Acton Curling Club. She started curling out of the old Acton Arena. She spent her summers at the Acton golf club where she always had a love-hate relationship with her clubs! Willa enjoyed sharing her creative side of ceramics, painting, paper tole, and wood carving. She was avid in watching football and baseball and loved nothing more than cheering on her beloved Toronto Blue Jays.

A special thanks for the loving care she received at the Riverside Glen. We would also like to send a huge thank you to Judy Scott for her constant care.
Cremation has taken place as per Willa's wishes.